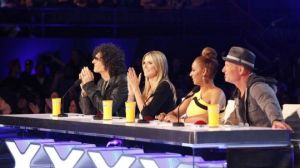 The network has picked up “America’s Got Talent” for a 10th season, “Last Comic Standing” for a 9th season and “American Ninja Warrior” for a  7th season.

The news was announced Sunday by NBC chiarman Robert Greenblatt during the executive session at the Television Critics Association press tour in Beverly Hills on Sunday.

MTV is putting a spin on “The Real World.” The series is returning to San Francisco-set cycle, titled “Real World: Ex-Plosion”, finds seven strangers experiencing a typical season, until they return from a one-day trip to find their exes have moved in. [EW]

“Last Comic Standing” is returning to NBC. The eight season is slated to air next summer. [EW]