The series’ upcoming season will be its last, Showtime revealed Monday. The comedy’s seventh season of 12-episode is slated to debut in April.

“With its unique blend of lyricism and excess, “Californication” has been one of our groundbreaking signature series,” said Showtime entertainment president David Nevins. “We will always be indebted to Tom Kapinos for leading the creative charge on this memorable comedy, and to David Duchovny for making us root for an unapologetic hedonist like Hank Moody.” As for how things will end for Hank, Nevins would not drop clues but assured that “Tom has carefully planned the final chapter of Hank’s journey and has brought it to a beautiful and satisfying conclusion for new and long-time fans alike.”

Will you miss this series?

Justin Hartley, who starred on the ill-fated “Emily Owens M.D.” and “Supernatural” has been cast as Patrick, the son Victoria gave up for an Art education in France, E Online.

Hartley’s has been booked for a multi-episode arc, and his role is set to debut in the series season 3 premiere.

Rob Lowe will reprise his role as Eddie Nero in the upcoming season of “Californication.” [TVLine]

Lisa Edelstein is heading to “Castle.” The “House” vet is joining the series as Rachel McCord, a “tough and highly-skilled Federal investigator.” Edelstein has been booked for a multiple-episode arc, whose character plays an important role in Beckett’s decisions about her future. [TVLine]

“Shameless,” “House of Lies” and “Californication” will return in 2014.

Showtime has renewed “Californication,” for a seventh season; “Shameless” for a fourth season; and “House of Lies” for a third season, David Nevins, President of Entertainment, Showtime Networks Inc announced Tuesday.

“Californication, House of Lies, and Shameless possess highly distinctive comedic voices, and given that all three continue to grow their audience season after season – the pick-up decision was easy,” said Nevins. “I am incredibly excited to see what each of these series has in store for their next seasons.”

According to Showtime, all three series’ ratings are exceeding those of their previous seasons. 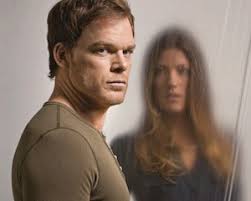 “Dexter’s” next season will return sooner than you excepted.

The series’ upcoming eight season will air during the summer. The season will premiere three months ahead of its normal schedule on June 30 at 9/8c, David Nevins, President of Showtime Entertainment announced Saturday at the TCA winter  tour.

“I’m not making any announcements today about when “Dexter” will end” said David Nevins. “There is a clear end game in place, but I can’t talk about it just yet. The decision of when to end “Dexter” is ultimately a creative decision.” The president also added “Dexter is to Showtime what Batman is to Warner Bros. It’s a core franchise.”

Meanwhile “Homeland” is staying put in Showtime’s fall lineup. The series’ third season will launch on Sun. September 29, followed by the premiere of the new Showtime drama “Masters of Sex.” When questioned about the Emmy winning drama unbalanced second season, Nevins said, “I really liked Season 2, I think it started really strong and it ended really strong… Some of the criticism seems fair. [But] suspension of disbelief is the scaffolding all storytelling is based on. I have enormous confidence in the people that write and perform that show [and believe] that it will maintain its quality.”

David Nevins also stated “”Homeland” has a very long life” and “can go in many different directions. Everything on that show is vigorously debated. If at the end of that debate, it made sense story-wise, I could conceivably say yes.”

According to Entertainment Weekly, Leland Orser, who starred in the “Taken” franchise has been tapped to play John Samborn on the drama series. Samborn is described as a “tense scientist who loves to build weapons.”

Both actors are join the series in possible recurring roles.

Mark Deklin (“GCB”) has been cast to replace Chris Wiehl On “Castle.” [TVLine]

Chloe Sevigny will star as a workaholic detective named Catherine on the A&E pilot “Those Who Kill.” [THR]

Grant Gustin, (“Glee”) is “90210” bound. Gustin has joined The CW drama for a multi-episode arc as Campbell, a hunky college student from a rich background. [THR]

“Dark Knight” actress Monique Curnen will play Agent Tamsin Wade, who is working in the gang division of CBI on “The Mentalist.” [EW]

Jason Beghe has joined “Last Resort.” The “Californication” actor will play an ex-Navy SEAL on the ABC drama. [THR]

Ellen Greene (“Pushing Daisies”) is set to recur as Mrs. Komeda, a novelist and member of Boston’s cultural elite in NBC’s “Hannibal.” [TVLine]

Stephen Collins (“7th Heaven”) has been cast as “Falling Skies” pre-alien president.  Collins will play Benjamin Hathaway and will appear in the fourth episode of the upcoming third season. [TV Guide]

Colin O’Donoghue has been bumped up to a series regular on “Once Upon A Time.” O’Donoghue plays Captain Hook on the series. [EW]

Pamela Adlon (“Californicatiom”) has joined “Parenthood” in a two-episode arc. Adlon has been tapped to play Marlana, a rude woman who moves into the building next to the Braverman brothers’ music studio. [TVLine]

Eric Edelstein and Maile Flanagan have been cast on Showtime’s “Shameless.” Edelstein has been tapped to play Bobby Mallison, a seemingly polite manager of a grocery store who makes absurd demands of his female employees. While, Flanagan will play Connie, a Mid-Western co-worker at a company where Fiona works. [Deadline]

Beginning January 13, Sundays are going to be very sinful.

“Shameless” picks up several months after the previous season ended with Jimmy (Justin Chatwin) moving in with the Gallaghers, and Fiona (Emmy Rossum) realizes that a GED will only get her so far and that a long-term relationship with Jimmy isn’t as fulfilling as she expected.  Meanwhile, Frank (William H. Macy) reappears south of the border with no idea as to how he got there.

On the upcoming season of “House Of Lies” Marty and Jeannie must deal with the fall-out from the big merger showdown.

David Duchovny returns as Hank Moody in the sixth season of “Californication.” Joining the season are “Lost” veterans Maggie Grace as a rock groupie who forms an unconventional bond with Hank. Jorge Garcia will also stop by the upcoming season as an old contact of Grace’s character.