A&E picks up “Bates Motel” for a second season. [EW]

“Arrested Development’s” fifth season is set to air on May 26 on Netflix. [TVLine]

HBO picks up “Game of Thrones” for a fourth season. [EW]

BET renews “The Game” for a seventh season, which is expected to premiere in early 2014.

Conan O’Brien’s talk show has been renewed through 2015 by TBS. [TVLine]

Take a look at CBS’ upcoming series “Under the Dome.”

Netflix’s “Arrested Development” premiere date has been announced…well sort of. The comedy series is set to debut its fourth season in May, Netflix announced during the Television Critics Association. [EW]

More soap opera drama is coming your way; “Days of our Lives” has been renewed through Sept. 2014. [EW]

Meredith Vieira is stepping down as host of “Who Wants to be a Millionaire” after 11 seasons. Vieira will however, remain as the host through May. [Yahoo]

Conan O’Brien will tape a week of “Conan” at The Tabernacle concert hall, in Atlanta from April 1-4. [TV Guide]

The Canadian-born actor has been cast in a love triangle with Norman Bates. Harmon will play Richard Slymore, in a recurring role. TVLine reports, Slymore is described as a “cool, intelligent and artsy” student at the high school Norman Bates (Freddie Highmore) attends in after he and his mother move to town.

Neve Campbell has booked a two-episode arc in Seattle Grace. The “Party of Five” alum will play one of McDreamy’s sisters. [TVLine]

Christie Brinkley has landed a gig on NBC’s “Parks and Recreation” as Jerry’s beautiful wife. [EW]

“Parks and Recreation” and “House of Lies” star Ben Schwartz has been booked to appear on “Arrested Development.” [TVLine]

“The Cape” alum Keith David is schedule to guest star on an episode of the upcoming “Touch.” David will play Dutch, an old friend of Martin (Kiefer Sutherland) and also an ex-Navy Seal. [TVLine]

The “Law and Order” vet has been cast to play Scott Welker in a recurring role. Welker is an artistic director at a theater company and a potential love interest to Julia, who is played by Debra Messing, THR reports.

Isla Fisher and Terry Crews have joined “Arrested Development” fourth season.has added two new actors to Season 4. Details about their characters are being kept under lock and key. [Zap2it]

Isaiah Mustafa will guest star in “Nikita.” Mustafa is set to play Cyrus, one of the Dirty Thirty ex-Division agents the titular spy and her team. [TV Guide] 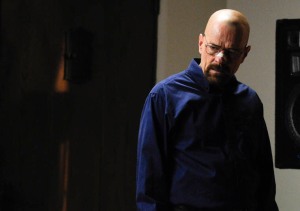 TV Guide reports the duo will appear in the last season of “30 Rock.” O’Hara is set to play Kenneth Parcell’s mom, while Cranston will play Ron, her “friend.”

Gloria Votsis (White Collar) will guest-star on the CBS drama ‘Person of Interest’ as Maxine Angelis, a hotshot reporter who will appear in episode 5 of the forthcoming season. [TVLine]

“White Collar” star Willie Garson will guest star as Sarah Chalke’s uncle on ABC’s new comedy “How To Live With Your Parents (For the Rest of Your Life).” Meanwhile, Reid Scott “My Boys” alum will also guest in the comedy series as Chalke’s former classmate who is now a hot doctor. [EW]

Henry Winkler and Judy Greer will return to “Arrested Development” for the series’ fourth season. Winkler will reprise his role as Barry Zuckerkorn, while Greer also tweeted she will return as Kitty Sanchez. [HUFF POST]

Angelique Cabral will recur in ABC’s “Don’t Trust the B—- in Apartment 23” as June’s fox-y new co-worker and nemesis. [TVLine]

EW reports, John Barrowman has been cast in a recurring role for the comic book based drama. The “Torchwood” star will play a mysterious, wealthy, well-dressed man, who is “an acquaintance of the Queen family and a prominent figure in Starling City.”

Kathryn Erbe will reprise her “Law & Order: Criminal Intent” role on the upcoming season of “Law & Order: SVU” as a detective working for a joint City/Federal Homeland Security Task Force who crosses paths with the SVU squad.

John Slattery has been tapped to join “Arrested Development.” Information about his character is scare but the “Mad Men” star will appear in multiple episodes of the comedy series. [TVLine]

Ayelet Zurer (Angels & Demons) will guest star on the upcoming season of “Touch.” Zurer will portray Rosemary Mathis, a gifted architect who had special talents from an early age. [TVLine]

Lucy Lawless (Spartacus) has been cast in a multi-episode arc on “Parks and Recreation.” Lawless will play a single mom and a love interest for Ron (Nick Offerman). [TVLine]

A “Breaking Bad” spin-off? Creator Vince Gilligan says he would love to see a Saul Goodman spin-off, would you? [EW]

“Arrested Development” season 4 is in the works. Executive producer Ron Howard tweeted “Arrested Development for Netflix. IT’S ALIVE.” The series was saved by Netflix for a fourth season of 10 episodes. The episodes are set to release sometime in 2013 on Netflix.

According to Huffpost, Lifetime has picked a reality series called “Prom Queens.” The show will “document the great social, financial and emotional lengths some girls go each spring by following the teens as they extensively strategize and campaign among fellow students to win votes and achieve their dream.” The reality series premieres Tues., Aug. 14 at 10/9c p.m. on Lifetime.

TVLine reports “Psych” will air a two-hour musical with original music. The “Psych” musical episode is expected to air towards the end of Season 7 at a different time than the show’s usual time slot.

In other TV news, Summer premieres continues this week, find out which series premieres this week by checking out the list below.