“Mistresses,” which stars Alyssa Milano, Yunjin Kim, Rochelle Aytes and Jes Macallan has been renewed for a second season. 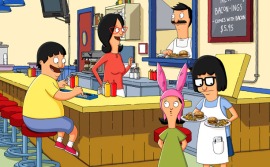 “Bob’s Burgers” has been picked up for a fifth season. [TVLine]

Cinemax’s new series “Banshee” has been renewed for a sophomore season, which is set to debut next year. [TVLine]

CBS has renewed its daytime shows for another year. [TVLine]

CBS has renewed its daytime shows for another year. [TVLine]

HBO is developing a “Bored to Death” movie. [EW]

Kris Jenner is coming to a TV near you, with a talk show named “Kris.” Fox-owned stations will preview the talk show this summer. [TVLine]

Annie Werching is joining the “Revolution.”

According to TVLine, Annie Wersching, who played FBI agent Renee Walker on “24,” has been booked to  guest-star on NBC’s “Revolution.”  Wersching will play Emma, “who was Miles Matheson’s first love, and the first object of Sebastian Monroe’s obsession.”

Wersching is set to appear in the freshman drama’s Episode 15.

“HawthoRNe”  vet Collins Pennie will play Emily Throne’s aka Amanda’s foster-brother, Eli on “Revenge.” Pennie, who has been cast in a recurring role will make his debut in a spring episode. [TVLine]

“Game of Thrones” casts a Bear. Literally. The drama series has booked “Bart the Bear” for scenes in the upcoming season. Selected actors will fly to Los Angeles to film with their new cast mate. [EW]

Jolene Purdy and Nicholas Strong are going “Under The Dome.” The ‘Glee” actress Purdy will play Dodee, a brilliant, eccentric engineer at the local radio station who will draw on her unique skills to make contact with the world outside the dome. Meanwhile, Nicholas Strong, who plays JT on “Nashville,” will portray Phil, a popular radio DJ and indie rock fanatic who is described as “a charismatic figure with a dark secret.” [TVLine] 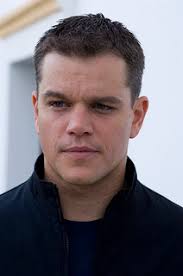 Matt Damon is heading to “House of Lies.”

The Promise Land actor will play himself in an episode on the Showtime series, Showtime Entertainment president David Nevins announced Saturday at the TCA winter press tour.

Damon will seek the help of Marty (Cheadle) and his team in setting up a charitable organization to compete with George Clooney.

“All My Children” vet Jesse McCartney has been tapped to recur in the forthcoming season of “Army Wives.” McCartney has been cast to play Private Tim Truman, enthusiastic young soldier and husband to Elle McLemore’s Holly Truman. [THR]

Mike Tyson will appear in an upcoming episode of “Law & Order: SVU.” Tyson will play Reggie Rhodes, “a murderer on death row who is also the victim of a difficult childhood.” [Deadline]

Emmy Winner Jaime Pressly has been cast to play Angus T Jones’ love interest on “Two and a Half Men.” [Deadline] 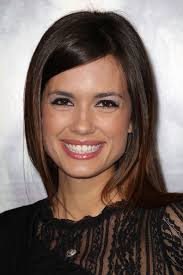 “Army Wives” is adding three new faces to the base. Torrey DeVitto , Ashanti, and Elle McLemore have been cast as series regulars on the drama series.

According to Deadline.com, “Vampire Diaries” star Torrey DeVitto will play Maggie Hall, a sexy and smart Ex-Army Airborne, who is married to a Staff Sergeant with a teen daughter.

R&B singer Ashanti joins the series as Latasha Durant, a sexy, fun mother of three, while McLemone has been tapped to portray Holly Gordon, a lonely and homesick newly wed.

Production of the upcoming season is set to begin in mid-December.

Lifetime’s “Army Wives” has been renewed for season seven, Lifetime announced Friday. The 13-episode season is excepted to air in 2103.

“Army Wives is a very special program,” Lifetime EVP Rob Sharenow said in a statement. “It’s rare to find a series that connects with viewers and resonates so powerfully after six straight seasons, and we couldn’t be prouder to have it return to Lifetime next year.”

Hi y’all! Atawewe here with your TV weekly news. I had some interesting news earlier this week, click here to view the post. Back to our weekly news!

Sean ‘Diddy’ Combs has done it all: Music, Fashion, even Broadway, now he has something else to add to his résumé, a TV network! Revolt, will be a live music network. It will showcase music and pop culture programming including music videos, live performances, news and interviews. The network will be distributed by Comcast. I hope Revolt fares well in ratings. In other music news, Rachel Crow, ‘X Factor’ alumni has signed a talent deal with Nickelodeon and the recording deal with Columbia Records. The 14 years-old will also star in her own pilot on  Nickelodeon. You go girl!… …more juicy news: Jennifer Aniston got her star on Hollywood Walk of Fame on Wednesday. Katy Perry is heading to “Raising Hope.” The pop singer is guest starring as Sabrina’s friend, Ricky a prison attendant. The episode will air on March 6. “Raising Hope” airs on FOX, Tues. at 8:30 CST. Breaking Bad’s last season to be divided into two short seasons. It will consist of 16 episodes. It is the NBA All-Star weekend!!! Who’s excited???? For those that do no know,  the activities and games will be aired on TNT and NBA TV. For more information, visit the NBA website.

“American Next Top Model” renewed for the 19th season. The shows airs on CW; the reality show is currently airing  its 18th cycle. Do you want more “Conan?” Well you got it. “Conan” has been picked up for two more season by TBS.

That is it for this week weekly news. Drop by next week for more TV news. Chao!