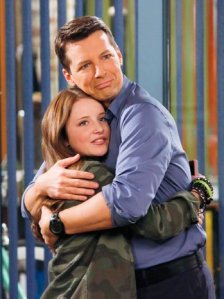 NBC halts production on “Sean Saves the World.” The peacock network has decided to cancel the freshman comedy series.

The 66th Primetime Emmys is scheduled to air on Monday, Aug. 25, 2014 live from the Nokia Theatre in Los Angeles on NBC

Oxygen renews “Preachers of L.A.” for a second season.

Michael Pitt has been tapped to recur as Mason Verger on “Hannibal.” The “Boardwalk Empire” alumni will portray an unstable wealthy patient of Dr. Hannibal Lecter who begins a dangerous cat-and-mouse game with the deadly serial killer. 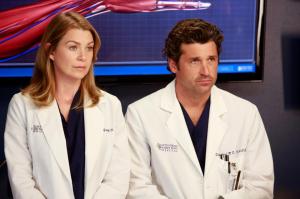 NBC revealed at the Television Critics Association winter press tour that its second stab at a live musical will be “Peter Pan Live!”

“Greek” alumni Paul James is heading to Grey Sloan Memorial Hospital’s “Grey’s Anatomy” in a potentially recurring role. According to the TVLine, his character comes to the hospital to assist with research.

Fox’s “Enlisted” is moving to a new time. The rookie comedy will now air Fridays at 9/8c. The show will effectively swap time-slots with “Raising Hope,” which will now follow “Enlisted” at 9:30/8:30c. 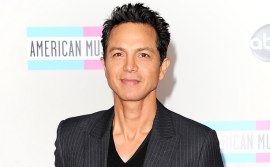 Benjamin Bratt has been added to “24: Live Another Day.” The “Private Practice” alumni will play Steve Harris, the head of CIA operations tracking Jack Bauer (Kiefer Sutherland) in London.

“Real Time With Bill Maher” received a 13th season renewal ahead of its season 12 premiere.

AMC just released a new promo for the second half of “The Walking Dead” fourth season. Peep the video below.

“Unforgettable” renewed for a third season. 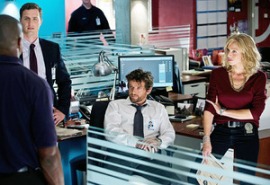 Freshman crime-drama “Motive” will be for a second season next summer.

“24: Live Another Day” set is boarding a plane to London. The show will be filmed in London. [EW]

“Two and a Half Man” ups Amber Tamblyn to a series regular after one episode. [EW]

“Wilfred” is heading to FXX for its final and fourth season. The comedy series has been renewed for a final season of 10 episodes. [TVGuide] 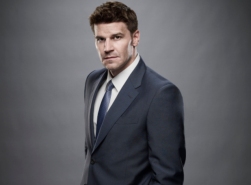 Mather Zickel, “House of Lies” actor has joined “Bones'” forthcoming season. Zickel is joining the ninth season as Aldo Coulter, an ex-priest who has a history with Booth (David Boreanaz).

Aldo Coulter was Booth’s “ex-confessor when he was a sniper in the Rangers,” according to TVLine.

In addition, “Buffy the Vampire Slayer” alum Freddie Prinze Jr. has been booked in a (potential) multi-episode arc opposite Booth. TVLine reports.

Prinze will play Danny, an armed and dangerous CIA covert agent, who is an old associate of Booth’s.

“Alphas” actor Warren Christie will appear in the second episode of the coming season of “Castle” as Brad Parker, a reporter who discovers implications for national security.  [EW] Meanwhile, “24” vet  Michael Reed, will guest star as a former general who’s fighting to keep secrets from his past under wraps. [TVGuide]

Henry Winkler, “Happy Days” vet has been cast on “Parks and Rec.” The actor has been booked for a guest appearance as Jean-Ralphio’s father on season 6 premiere. [The Hollywood Reporter]

Merritt Wever will be return to “New Girl” for at least two episodes. “Nurse Jackie” actress will reprise her role as Elizabeth, Schmidt’s college girlfriend and current girlfriend as of the season finale. [EW]

Annie Werching is joining the “Revolution.”

According to TVLine, Annie Wersching, who played FBI agent Renee Walker on “24,” has been booked to  guest-star on NBC’s “Revolution.”  Wersching will play Emma, “who was Miles Matheson’s first love, and the first object of Sebastian Monroe’s obsession.”

Wersching is set to appear in the freshman drama’s Episode 15.

“HawthoRNe”  vet Collins Pennie will play Emily Throne’s aka Amanda’s foster-brother, Eli on “Revenge.” Pennie, who has been cast in a recurring role will make his debut in a spring episode. [TVLine]

“Game of Thrones” casts a Bear. Literally. The drama series has booked “Bart the Bear” for scenes in the upcoming season. Selected actors will fly to Los Angeles to film with their new cast mate. [EW]

Jolene Purdy and Nicholas Strong are going “Under The Dome.” The ‘Glee” actress Purdy will play Dodee, a brilliant, eccentric engineer at the local radio station who will draw on her unique skills to make contact with the world outside the dome. Meanwhile, Nicholas Strong, who plays JT on “Nashville,” will portray Phil, a popular radio DJ and indie rock fanatic who is described as “a charismatic figure with a dark secret.” [TVLine] 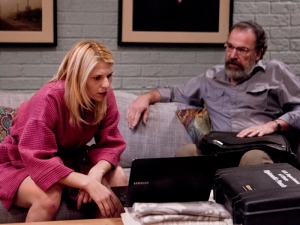 According to TVLine, Klattenhoff, who plays Mike on Showtime’s Golden Globes award-winning drama, will not be a series regular when the series for a third season, in September.

Klattenhoff, may however return as a recurring actor.  The site also reports Morena Baccarin, who plays Brody’s estranged wife is expected to return to the series as a regular part of the cast.

“Arrow” actress Jessica De Gouw has been cast to star in NBC’s “Dracula.” De Gouw will play Mina opposite Jonathan Rhys in the upcoming series. [THR]

“24” veteran Leslie Hope has joining the “Revolution.” Hope will portray President Foster in a multi-episode arc on the NBC freshman drama. [EW]

According to TV Guide, Williams will play Benny Severide, the father of Lt. Severide (Taylor Kinney). Benny is described as a “tough guy who also used to work as a fireman.” Williams has been cast to appear in multiple episodes.

British actor Oliver Kieran-Jones is heading to “Glee” in a recurring role. The “Episodes” actor has been tapped to play the new head of the glee club at NYADA and a potential love interest for Kurt. [TVLine]

“24” alum will appear on “Once Upon a Time.” Gregory Itzin is set to play Dr. Whale/Frankenstein’s (David Anders) father, Alphonse. [TVLine]

Mary Grill has been cast in a recurring role as Maggie, Mindy’s tomboyish, confident, party girl friend from college in “The Mindy Project.” [TVLine]

The “Ringer” alum has been cast to play a paramedic in a recurring role on ABC’s “Grey’s Anatomy,” according to TVLine.

Bruening is set to appear late January or early February on the series. 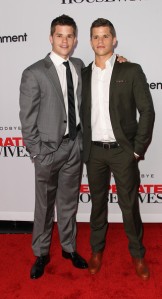 According to Deadline, “Desperate Housewives” stars Charlie and Max Carver have booked recurring roles on the MTV original series “Teen Wolf.” The twins will play identical twin alpha werewolves Ethan and Aidan, who are described as “dangerous charmers with brilliant minds.”

Adelaide Kane will portray a mysterious young woman named Cora, who has secret ties to Beacon Hills. While, Terrell will play Kali, a ruthless and sexy alpha werewolf who invades the Hills. Kane and Terrell will also appear in recurring roles.

Audra McDonald who played Naomi, Sam’s ex-wife on “Private Practice” has been tapped to appear in the series finale. [TV Guide]

“OUAT’s” David Anders will appear on “Arrow” as Cyrus Vanch, a threat to Arrow and Starling City. [Zap2It]

Karolina Kurkova is heading to “Person of Interest.” The supermodel will guest star as herself on the CBS drama series. [THR]

“24” alum D.B. Sweeney has been booked to recur as Tanner, an ex-military officer and an enforcer for Aster Corps. [THR]