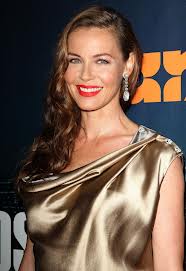 Connie Nielsen joins “The Following” as a series regular.

According to TVLine, the “Boss” alumna is set to play Lily Grey.

Grey is described as a SoHo art dealer who goes to Ryan Hardy (Kevin Bacon) for help, which leads to more trouble for her.

Mark Sheppard (“Supernatural”) will reprise his role as an art forger on the upcoming season of “White Collar” in a major arc. [HuffPost TV]

“Falling Skies'” actor Doug Jones has been cast on “Teen Wolf.” Jones will play Barrow, a “known killer” in an upcoming episode of the series. [TVLine]

“Workaholics” Adam DeVine has been booked to recur on “Modern Family.” DeVine will play Manny and new baby Joe’s nanny on the comedy series. [EW]