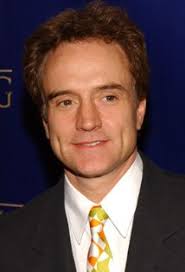 Bradley Whitford will appear in an upcoming episode of “Go On.” Matthew Perry announced the casting, Wednesday via Twitter.

“Working with Bradley Whitford again is so much fun. I mean, I wish we weren’t in a hot tub together, but you can’t ask for everything,” Perry tweeted.

“Battlestar Galactica” vet James Callis has been cast to guest-star in an upcoming episode of “Arrow.” Callis will play a nefarious jewel thief called The Dodger. [TVGuide]

Shane McRae has been tapped to appear on “Chicago Fire” in a recurring role. The “Four Kings” will play Eric Whaley, a high-octane firefighter who has a history with one of the rescuers. [TVLine]

John Stamos and Mark Consuelos are joining “The New Normal.” Stamos is playing a co-worker of Jane, who finds his sexuality being questioned by the foul-mouthed grandma. While, Consuelos will appear as a grip on the “Glee”-style show created by Andrew Rannells’ character, and will find himself as the object of Rocky’s affections. [EW].