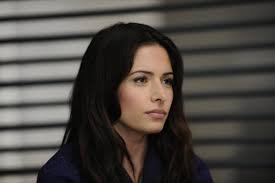 “Fairly Legal” has been cancelled. USA network has dropped the series after two seasons.

“Sarah Shahi is undoubtedly a star and we’re thrilled she’ll be joining our sister network NBC on “Chicago Fire,” USA network said in a statement to Deadline.“We are proud of “Fairly Legal” and thank the very talented cast and crew for two fantastic seasons.”